Companies That Have Succeeded

Every day, we read about companies that are successful. We use their products or services. We remember them.

A lot of products and services we use and love come from companies that were bootstrapped, and we don’t even know it! They endured the hurdles of having limited resources. Their founders had to get creative to grow their companies.

We love learning about these stories because they inspire us. We want to pass on that inspiration to you!

When we think about bootstrapped tech companies, we’re mostly thinking about companies that were created in the last three or four decades. You might think about Apple or Microsoft, which were both bootstrapped and started in garages.

Let’s not forget about the people that were bootstrapping their companies back in the 1930s, like Bill Hewlett and David Packard. At 25 and 26, respectively, they started working in a garage (yes, also!) in 1938, launching a company we all know today as Hewlett-Packard.

They had what today would be around $9,000 USD in their pockets and, after graduating with degrees in electrical engineering, they started working on different products.

Can you guess what their first successful product was?

It was a precision audio oscillator, used to test sound equipment. Such products already existed. The demand was already there. What Hewlett-Packard managed to do was produce one with the same quality but at a cheaper price. They did that by introducing a lightbulb in the system.

The success of this product helped them grow their company slowly but steadily, reaching a new milestone during World War II. It was during this time when their company grew to employ more than 200 people — producing products that were used during the war. Talk about adapting!

Nowadays, Hewlett-Packard has two divisions, one for enterprises and the other for direct consumers. During 2019, both divisions reported a total annual revenue of $58.7 billion USD.

Far from the $9,000 USD their founders started with! 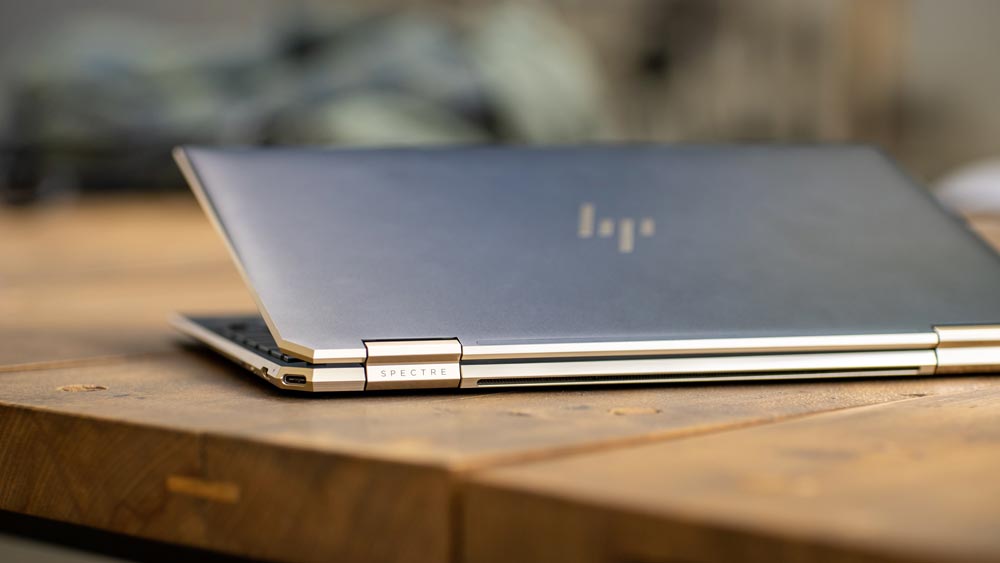 Edgar F. Codd wrote a paper in 1970 on relational database management systems. Codd was working at IBM at the time and his idea was to store data in cross-referenced tables. This would mean that information could be presented in multiple permutations and give users a better experience when working with data.

IBM didn’t appreciate these ideas that much. Luckily, Larry Ellison read the paper and asked himself: why is nobody commercializing this technology?

While working at Ampex, Ellison met Bob Miner and Ed Oates. Together, they founded Oracle Corporation in 1977, starting as a consulting firm. They invested $2,000 USD (what would be approximately $8,800 today) and started working on their new idea.

They worked to create a management system that could scale to support large amounts of data, as well as users. Two years later, they launched their first system and it was a success. It revolutionized enterprise computing!

Oracle is one of the leading companies providing tech solutions for enterprises. In 2019, it was the second-largest software company, just behind Microsoft.

Are you a t-shirt enthusiast?

Jake Nickell and Jacob DeHart were. Back in 2000, they ran online contests in a forum where the most voted design would be printed on a limited amount of t-shirts. Both of them noticed that people were interested in the contest and in buying these t-shirts. They decided to run with the idea.

Community and art enthusiasts as they were, they saw this as an opportunity to give artists the chance to promote their work and for people to wear unique designs.

They decided to invest $1,000 USD to build a website with a voting system. The system was simple and very similar to their original idea. This time, they would be controlling the whole operation in their own website.

And Threadless was born.

Two years later, they launched their own web agency. The idea was to get clients to fund Threadless and help it get traction.

By 2004, Threadless was so successful that they didn’t need the work outside the web agency to fund it.

Threadless innovated in the way customers participated in the operations of a company. From idea generation to marketing, customers are involved in all of it. They were one of the first companies to leverage the idea of crowdfunding and make a successful business out of it.

Today, Threadless sells a wide variety of products but their mission is the same: supporting artists.

They slowly started to have more clients, which meant working on several projects at a time. They didn’t have a system in place to manage multiple projects. Exchanging emails was messy, they needed something better.

They decided to build it.

They started with to-do lists, a message board, and milestones. As some clients noticed what they were using, they asked if they could use it too.

The product they were using internally could potentially help other companies too.

In 2004, Basecamp was launched. According to Jason Fried, they decided that if they were able to generate $5,000 each month after a year, they’d keep working on it. They hit that milestone in 6 weeks.

A year later, Basecamp was making more money than the web design business so they decided to invest all their time and effort in the product.

Since then, Basecamp has been helping millions of people around the world!

The world needs your business idea now more than ever.

GitHub is like a social network but for code. It works both as a collaboration and portfolio space for its users.

The initial idea of Tom Preston-Werner, Chris Wanstrath, and PJ Hyett was to provide developers with a space where they could document and share their code. At the moment, there was nothing like this in the market.

GitHub started as a weekend project in 2008, the initial costs covered by the founders. 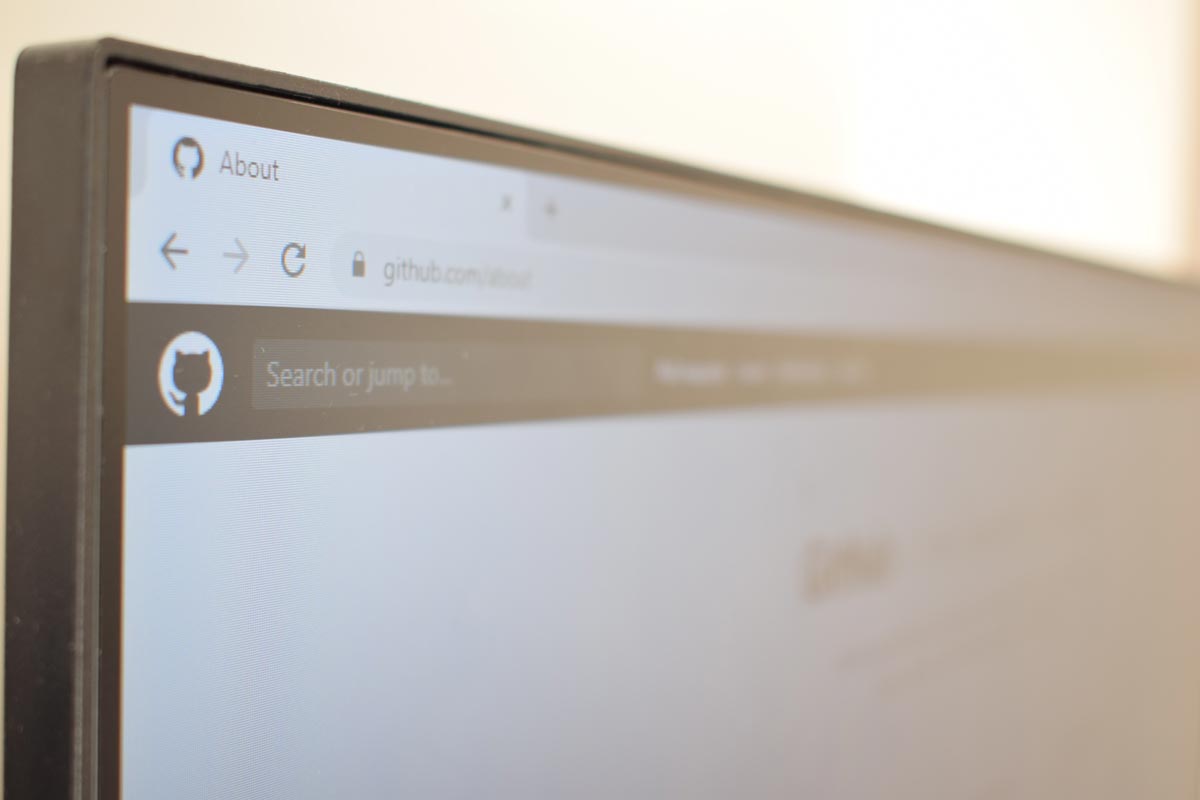 Just during the first year, GitHub accumulated more than 46,000 public repositories. As time passed by, people started asking for private repositories. The founders found an opportunity to make a business out of this!

They all decided to leave their day jobs and focus completely on GitHub.

Now here’s the tricky part. After years of great success and being advocates of bootstrapping, they got a round of investment in 2012. In 2018, GitHub was acquired by Microsoft.

Lynda Weinman had done everything in life… or so it seemed.

She had had retail stores in the 80s. She had worked doing animation and special effects for films like RoboCop 2 and Star Trek V. She had been a teacher at the Art Center College of Design in Pasadena. She had written books about web design. She had co-founded an arts center with her husband.

When the use of computers started to be more ubiquitous, she was eager to learn. The problem was that the resources available were aimed at techies, not just enthusiasts.

That didn’t stop her. She started self-learning and found a world full of possibilities!

She wrote books, she started giving lectures, she noticed people were interested in learning.

She started Lynda.com in 1995 as an online support for the books she had written and the classes she gave.

Lynda.com filled a gap she found when trying to learn about computers. She was an enthusiast but she wasn’t a techie. She noticed that most books were aimed at techies.

In 2002, they began offering online courses under a subscription model. The subscription was very cheap compared to the in-person classes that Lynda typically offered so, eventually, they decided to focus solely on online classes.

Business grew in users and online courses fast enough. Lynda.com was a healthy company but remember that before social media, it was pretty difficult for online services to spread the word.

It wasn’t until social media became mainstream that Lynda.com’s growth began accelerating at a much faster pace. In 2008, they had a $10 million annual revenue!

Of course, being a profitable and fast-growing company made them very attractive. In 2015, LinkedIn acquired Lynda.com for $1.5 billion in cash and stock, turning it into LinkedIn Learning.

Mike Cannon-Brookes and Scott Farquhar met at the University of South Wales in 1998. They decided to start working together after graduating and ended up founding Atlassian in 2001. They didn’t know exactly what they were aiming to build but one thing was for sure: they wanted to sell software.

If you remember, 2001 was a difficult year for lots of startups in the US. After the bubble burst, many investors didn’t trust startups anymore — Atlassian included. They tried to raise money but they couldn’t, so they went the bootstrapper way.

They financed Atlassian with a $10,000 credit card debt and hoped for the best.

A year later, they launched Jira, one of their flagship products. In 2005 they were welcoming their 1,000th customer.

Atlassian, besides being a successfully bootstrapped company, is a great example of how bootstrapping allows you to build the company you want.

For example, they don’t have a traditional sales team, they rely on their website and its partner channel. And it works for them, in 2012 they hit the $100 million dollars of revenue.

Even after they got funding in 2009, the founders expressed wanting to keep Atlassian’s culture, no matter how big the company would grow.

Your company is next

As you can see, none of these companies have a similar story. They all found different strategies to bootstrap and be successful.

You can do it too.

We’re rooting for you! Start today!

You have questions.
We have answers.